One of the reasons we are so obese as a society — and not getting any healthier — is because of all the processed foods we consume.

We eat so many products that come from a package, box, or bottle.

What if we were to go back to basics and actually consume real food (i.e food that grows in the ground, has eyes, and is a nut or seed)?

Imagine how much energy you would have.

Imagine how good your body would feel.

Imagine how much healthier we would be as a country.

When we feel good, we are happier, more energetic, and less stressed. But, it’s no secret that processed foods are cheap, and purchasing real, nutritious foods can increase your monthly grocery bill.

The good news is that eating healthy on a budget isn’t as unattainable as you may think. Read on!

It’s true that in some cases, foods we may think of as healthier are more costly. For instance, organic foods are often more expensive than their nonorganic counterparts.

It’s important to know, however, that while organic food is guaranteed to be pesticide- and antibiotic-free, it isn’t generally considered to be nutritionally superior.

And, some healthy foods are notably inexpensive — legumes, canned vegetables, and frozen fruits and vegetables, for instance, especially when you choose the store brands.

Stick to in-season fruits and veggies, which are generally cheaper and more flavorful than items that travel a long way to reach your store.

If you’re craving blueberries in January or butternut squash in summer, however, head to the freezer case. Frozen produce is usually just as nutritious as fresh.

Avoid precut or sliced items, which can carry a premium price but are double the cost.

We need to be making better use of our freezers! Buy fresh produce in season and freeze some to use later. Overripe fruit that’s frozen, for example, can be added to smoothies, breads, jams, or sauces when the need arises, and veggies can be tossed into soups, casseroles, and crockpot meals.

Also, pre-plan meals for the week, so you’re less likely to buy on impulse when food shopping.

When you do buy boxed or canned foods, Consumer Report’s nutrition experts advise that you choose those with shorter ingredient lists. That gives you more control over what you’re eating.

Where Can You Cut Your Grocery Spending?

I challenge you to try these tactics and see if you actually spend less at the grocery store while still choosing whole, nutritious foods. The #800gCHALLENGE is the perfect opportunity to do this! 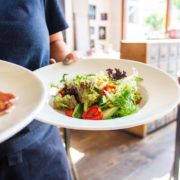 How to Deal With Naysayers Along Your Nutrition Journey 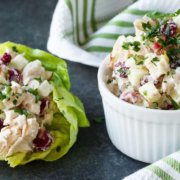 Seven Characteristics of People Who Are Winning With Their Diet 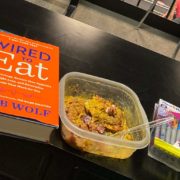 Join Our Upcoming “Not a Diet” Nutrition Challenge at CPM 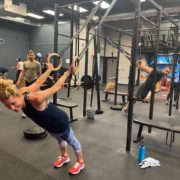